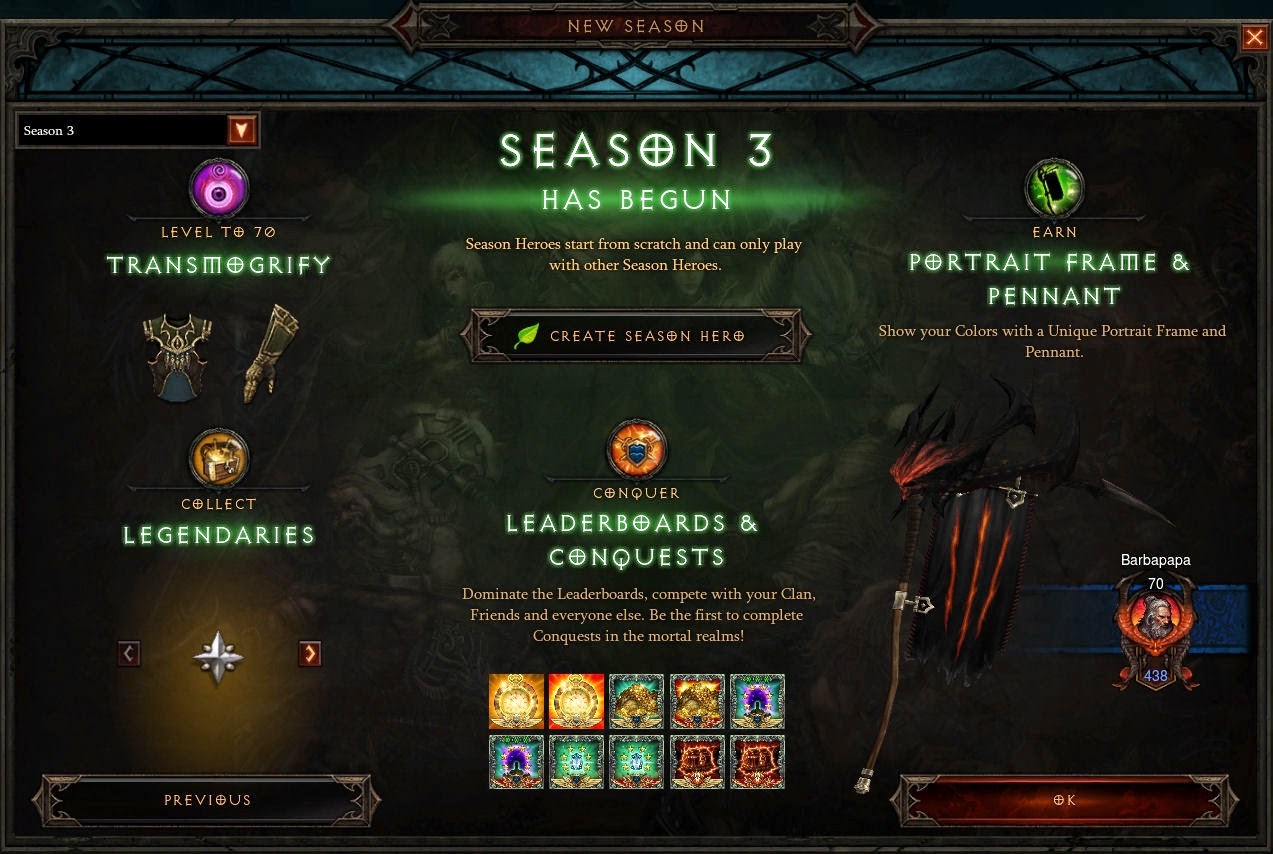 The Diablo 3 Content Patch 2.2 goes live on Tuesday, April 7, 2015 (April 8 in Europe), and Season 3 will be starting worldwide shortly after on Friday, April 10. The start times for all regions can be found here.

Patch 2.2 makes many more character builds viable for Torment 6 difficulty thanks to new and reworked items as well as several new game mechanics. Especially hardly used primary and secondary skills including associated (older) legendary items will profit a lot, and defensive shortcomings have been addressed, too, to make such builds work in Nephalem Rifts and higher level Greater Rifts. To accommodate the goal of better performance for all builds in the competitive Leaderboard environment, another batch of seasonal Legendaries can be acquired with the start of Season 3.

Following is a list of these new build-/game-changing items incl. links/tooltips from the official Diablo 3 game guide. Note that the links/tooltips of the new patch 2.2 items will not be active before the update has been deployed on the live realms. The unique properties of every item have therefore been added in this preview as well.

As with previously reworked Seasonal items, once patch 2.2 launches, these items will no longer drop in non-Seasonal games and will remain removed from the non-Seasonal Legendary pool until Season 3 concludes. Good luck finding good and maybe Ancient ones! :)